Forming a Company: Part 1 of 5 series for Carriers

Forming a Company: Part 1 of 5 series for Carriers

Even though Motor Carriers, just as with Brokers and Freight Forwarders have been subjected to profound regulatory changes since implementation of various elements of (A) the “Motor Carrier Act of 1980”, (B) “The Interstate Commerce Termination Act of 1995”, and (C) the omnibus transportation funding bill in 2012 under the short title “Moving Ahead in the 21st Century Act”, the nature of such changes applicable to Motor Carriers since full implementation of the 1980 Act alone, as perpetuated through subsequent ICC rule-making right up until that agency was unsettled through the 1995 Act, already had simplified the economic regulatory aspects of their operations to the extent  of full maturity prior to the impact of such further major legislative initiatives.  In other words, unlike both categories of transportation intermediaries characterized above yet to be subject to final economic rule-making by the Federal Motor Carrier Safety Administration (FMCSA) and Department of Transportation (DOT), Motor Carriers have yet to be subject to final rule-making by that agency, with respect to the full implementation of Electronic Logging Devices and other safety and environmental measures. 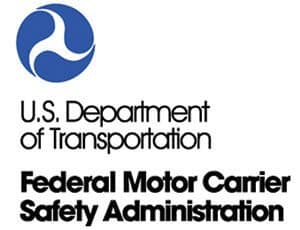 Nevertheless, given the regulations of such avenues of Brokers, Freight Brokers, and direct shipper interactions with Motor Carriers now facilitated by what have become vastly simplified “operating authority”, “bill of lading” (read “contract of carriage”), “rate confirmation”, and “insurance certification” forms and procedures, as implemented through the currently revised iteration of Parts 300 to 399 of the Code of Federal Regulations (“CFR”) whatever further accommodations to new safety regulations interstate Motor Carriers are still adjusting to the procedures for business entities seeking to patronize such transportation service providers remain straight forward and easily understandable.

Essentially, the number one requirement for a Broker, Freight Forwarder, or Shipper seeking the services of an FMCSA regulated “motor carrier” engaged In “for hire carrier”  within the meaning of 49 CFR 387.5, whether or not as an “exempt” interstate carrier with only a DOT registration number, for movements exempt from economic regulation in interstate commerce, or operating also as an “authorized carrier within the meaning of CFR 376.2 (a) with both a DOT and MC registration number, for movements subject to economic regulation in interstate, is to ensure must meet criteria as prescribed by laws passed by Congress and signed by the President.  Once again, all parties involved in such transactions would have access to the final fully implemented elements of such legal imparities as published in the currently revised iteration of CFR of CFR 49 Parts 300 to 399.

More particularly, it is critically important to Brokers, Freight Forwarders, or Shippers the true meaning of “Carrier Qualifications”. and how to read the FMCSA web site, and familiarize themselves with all of the requirements of a bona fide interstate Motor Carrier.  For example, to determine whether they’re dealing with a legitimate transportation service provider, or party seeking to verify such credentials may log onto the FMCSA website at www.safesys.org ( and click onto “Licensing and Insurance”).  This site allows a perspective user the opportunity to verify both Motor Carrier liability insurance and the filing of a BOC3 (“Residence filing”).  The www.safersys.org website facilitates the “Licensing and Insurance” site.  When you arrive at this site you are able to input their MC number, and it will bring up their profile.  This profile will indicate their status as either active, inactive, or pending authority.

Users may also click on “Active/Pending Insurance” on the FMCSA, which would display such a Motor Carrier’s insurance company, and if there is a cancellation date of such a Motor Carrier’s insurance.  To be sure, such a form also shows the amount of liability insurance that a Motor Carrier has on file.  The “www.safersys.org” site also reveals their business profile, the number of trucks they operate, their safety status, DOT number, and prospective user’s reference whether brokering or otherwise arranging. For movement of hazardous material, a prospective user must also ask for such a Motor Carrier’s Hazmat License issued by the DOT, and for any state, the carrier delivers to or transverse through.  Many states  require a (“HazMat”) filing in addition to the (“USDOT”).  Also, the driver must have a valid CDL with a HazMat filing endorsement on their license.