Small fleet owner Scott Jordan once had something of a maxim he’d repeat about his business dealings. “In all the years I’ve been in business,” around seven years as an independent, he’d say, “I’ve never been screwed over by the broker or shipper, only the trucker.”

Last year, that changed in a big way on a load that Jordan booked for one of his owner-operators. Working with a sizable broker, he was led to believe the freight was something of a need-it-now item. Complications ensued, appointments for delivery were rescheduled repeatedly, and rate confirmations were updated to reflect the changes. After reaching an agreement to store the load for about a week, it turned into a $3,800 load, well over the initial rate.

Written by Todd Dills originally published here. Read the rest of the article.

Full article can be found here.

A bill was filed Wednesday in the U.S. House that would, if passed, exempt the smallest trucking companies — those with 10 trucks or fewer — from compliance with the U.S. DOT’s electronic logging device mandate on a permanent basis.

How Did Truckers Find Loads 40 Years Ago?

Gene Schultz has been in the trucking business for nearly 60 years. Ask him what technological advances have made his job easier over the years and three things come to mind:

“We take it for granted now because it’s so easy,” Schultz says about the DAT load board.

“You type into the computer that you need a load from this city to that city and a second later it gives you dozens of loads to choose from,” he said. “You can do more today with one guy and the DAT load board than we could do with 10 back then.”

Schultz got his start in the trucking industry working for his father’s produce-hauling business in Rochester, Minnesota in the 1950s. When his father died in 1959, Schultz took over the business. At that time Schultz Transit had six trucks. Schultz grew the business to 235 trucks, 242 drivers, and back-office staff of 42, including warehouse and cross-border operations staff in Laredo, Texas. He liquidated the business in 1991, and in 1997 he and two other partners started another trucking company, Hiawatha Transport, which they  later sold.

Rather than retire, in 2010 Schultz accepted a job in the transportation division of Ashley Furniture, the world’s largest furniture maker, based in Arcadia, Wisconsin. His job involves negotiating contracts, pricing, and finding loads for Ashley’s empty trucks after they deliver furniture from the manufacturing plants to distribution centers throughout North America.

Schultz says that DAT products have helped him fill Ashley trucks and have turned what previously were deadhead miles into a profit center for the company. He uses the DAT Power load board for finding loads, DAT RateView™ for pricing guidance, and DAT CarrierWatch® for some monitoring of carriers.

The Uber Team met Frank in December of 2016. He’s a career driver who’s constantly on the road. When we asked him what one feature he wished we could create for him, he responded: “Get me home more.” 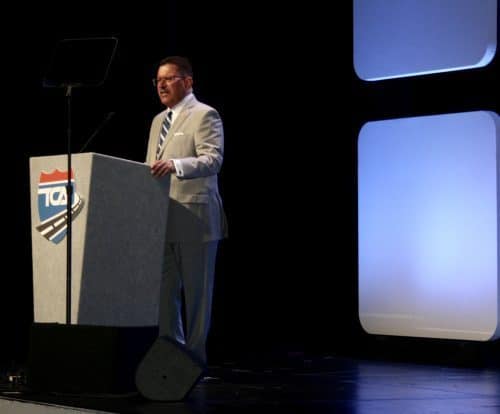 Nearly a month into his job as FMCSA Administrator, Ray Martinez told an audience at the Truckload Carriers Association (TCA) that he looks forward to “meeting great people” and having “productive conversations.”

Martinez addressed the TCA annual convention in Kissimmee, Fla., the morning of Mar. 26. The week before, Martinez spoke to a less friendly audience at the Mid-America Truck Show about the ELD rule.

“I wish (the conversation) could be more productive rather than just anger,” he said about that previous industry meeting. “I am looking for (TCA) for help on how to move the ball forward.”

In an effort to continually offer new and beneficial services Transport Financial Services has formed a strategic partnership with Magellan GPS.

Transport Financial Services brings over 55 years of combined experience in Transportation, Logistics, and Online Social Media Marketing. With the Magellan modern ELD solution that works on IOS or Android as well as a hardware solution we can ensure to provide the best level of service, expertise and commitment to excellence as well as an ELD solution that is FMCSA certified.

Not only is it FMCSA certified it also is at a great price POINT!. Check the comparison chart below and you will see for the price you can not beat this great combination from TFS and Magellan.

(Be sure to use promo code TFSMALL when ordering)

Truckers hauling agricultural products and livestock have received further reprieve from compliance with the U.S. DOT’s electronic logging device mandate. The Federal Motor Carrier Safety Administration announced Tuesday that such haulers will have until June 18 to adopt an ELD. They can continue to run on paper logs in the meantime.

Ag and livestock haulers had already secured a three-month compliance extension beyond the mandate’s December 18 compliance deadline, giving them until March 18 to comply. However, the agency decided to provide such truckers an additional 90 days to comply so it can “continue to work on outreach and communication with the ag community so they have the fullest understanding of the rule and regulations,” said FMCSA head of enforcement Joe DeLorenzo.

This article can originally be found here.

Chad Boblett is the owner and driver of Boblett Brothers Trucking of Lexington, KY. Chad also founded the Rate Per Mile Masters group on Facebook, a communications hub for more than 18,000 members, including owner-operators, truck drivers, and other transportation and logistics pros.

It might seem counter intuitive, but I always make sure to post my truck on the load board when there’s plenty of freight to choose from. That’s the best time to get calls from brokers who are willing to pay higher than average rates for loads that are going where you want to go.

A lot of carriers don’t want to post their trucks in a hot market. They worry that they’ll get bombarded with too many calls. My advice: Include more detail in your truck posting, and don’t forget to include your destination.

A lot of truckers will say that they leave the destination blank because they will go anywhere for the right money. That could be true, but it also opens the door to receiving calls about a broker’s “problem” loads — the ones that are hard to cover. Brokers have two main problems when covering loads: either the rate is too low, or the load is going to a dead market that no one wants to go to, or both.

Who wants to get calls on a broker’s problem loads? If you’ve positioned yourself in a market with plentiful freight, reward yourself by getting calls on loads that you really want. Believe me, brokers would much rather call a carrier on a load that matches what the carrier is looking for.

The first thing I learned using the DAT load board was how to get positioned in a hot market. This was because I knew the negotiating power of receiving a call from a broker that needs my service versus calling on loads with less priority.

It Pays to Be Flexible

If you were a broker, would you make the most calls on loads that have to get picked up today or on the loads that can get picked up some time in the next three days? You’re going to call about the one that’s more urgent.

As a carrier, if you are not posting your truck, then you are making calls on load posts. Those loads might be the ones that are less urgent. Rates and negotiations favor the side that has more flexibility. When the broker calls you about a load that needs to move today, there’s not much flexibility. That’s when you can negotiate for an above-average rate. 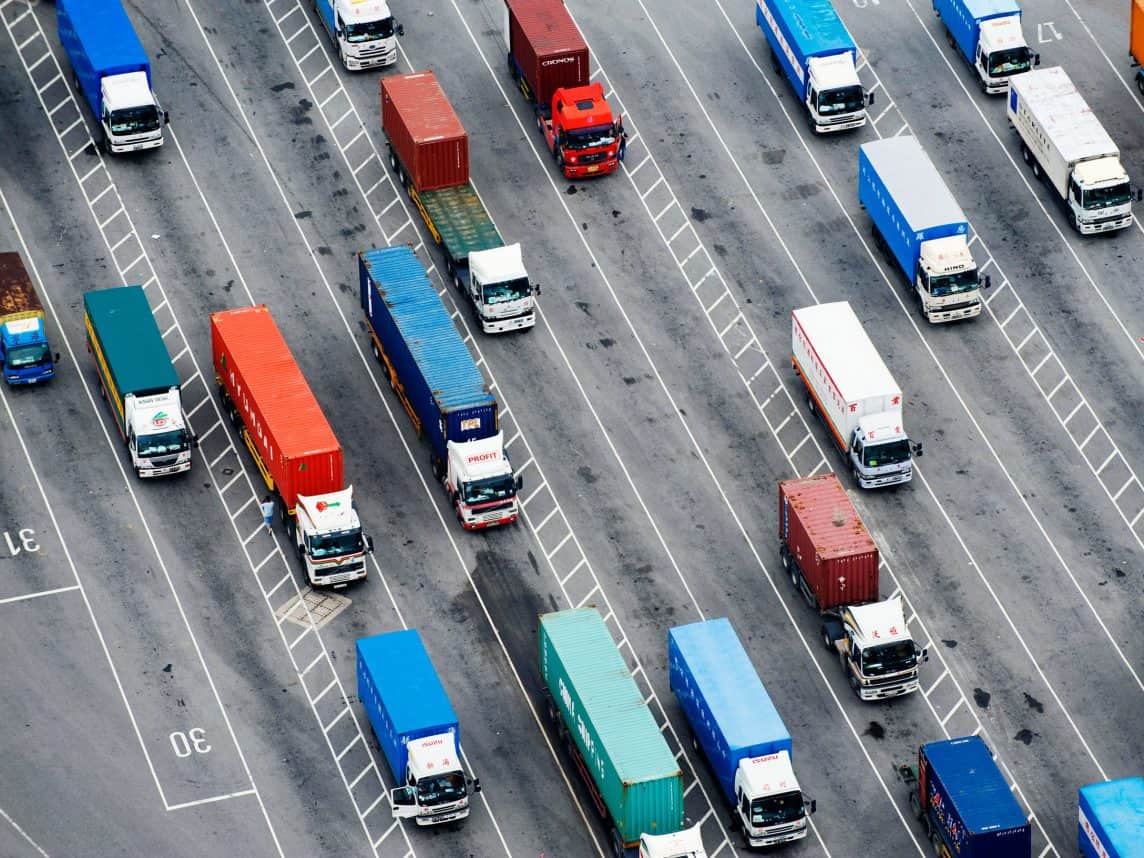 Read original article here.
Legislators in at least four states have introduced proposals in recent weeks to stymie enforcement of the electronic logging device mandate, either by suspending funds for enforcement within their state’s borders or by asking the federal government to reconsider the mandate, enforcement for which began in December.

Map: A state by state look at ELD mandate enforcement

Courtesy of CCJ sister site Overdrive, the graphic above shows how truck enforcers in each state are handling enforcement of the electronic logging device until April 1. Though the U.S. DOT required nearly all truckers who keep records of duty status to switch to an ELD by December 18, there’s somewhat of a soft enforcement period ongoing until April 1, the date established by the Commercial Vehicle Safety Alliance for when out-of-service orders for non-compliance will begin being issued.